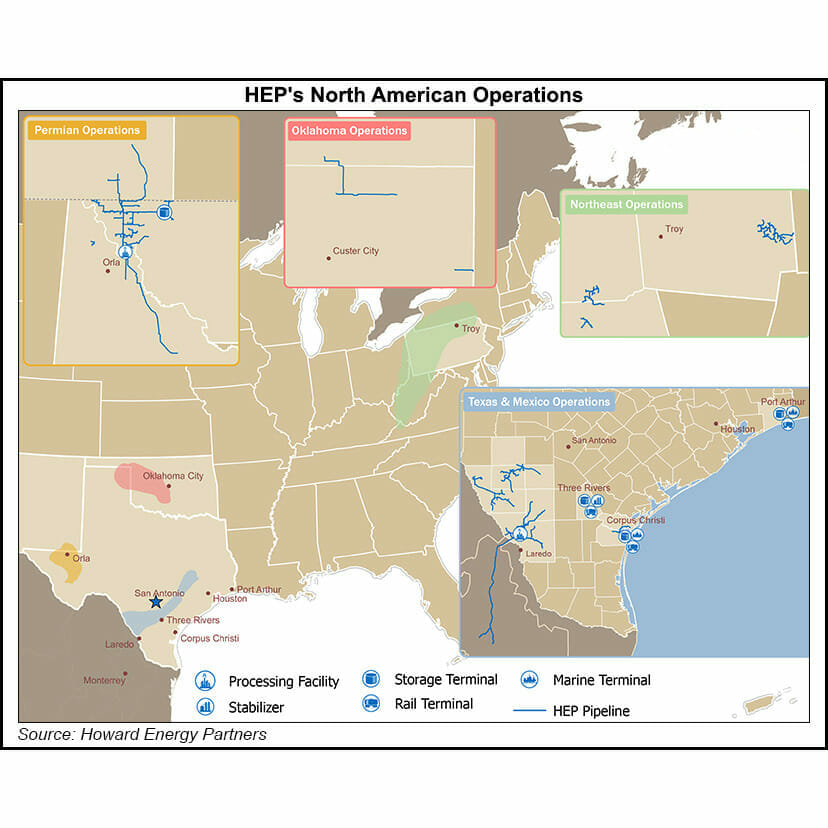 The expansion, planned in the Austin Chalk formation and Eagle Ford Shale in South Texas, would be done through HEP’s partnership with an affiliate of Eagle Ford Midstream LP (EFM).

“Given our unique pipeline footprint and history in South Texas, we are best situated to respond to the significant natural gas production growth in the Webb County area,” said HEP CEO Mike Howard.

Dos Caminos throughput would be expanded by enhancing existing systems and greenfield projects.

San Antonio-based HEP operates Dos Caminos. Together with EFM, whose 158-mile pipeline runs through the Eagle Ford, HEP now gathers, treats and transports up to 1 Bcf/d, which is intended for Mexico and Gulf Coast liquefied natural gas exports.

Imports accounted for 84% of Mexico’s gas supply as of March, excluding gas consumed by state oil company Petróleos Mexicanos, according to government data. The US Energy Information Administration, meanwhile, expects US natural gas pipeline exports – almost all of which flow to Mexico – to rise by 4% year/year in 2022 and another 4% in 2023.

CFE, for its part, announced a series of preliminary agreements this week with Sempra Infrastructure to advance LNG and natural gas pipeline exports in Mexico, bolstering the outlook for continued growth in US imports.

In 2019, HEP completed two bulk liquid terminal facility expansions along the Texas coast that increased its Gulf Coast terminal storage capacity by a combined 2.6 million bbl. HEP also in 2019 expanded its midstream operations in the Permian Basin and in Oklahoma’s STACK, aka the Sooner Trend of the Anadarko Basin, mostly in Canadian and Kingfisher counties.

Andrew Baker contributed to this story.