The stock market just wrapped up its worst first half in more than 50 years. The benchmark S&P500 index is down 21% so far in 2022, and the tech-heavy Nasdaq Composite index is down by 30%. And many of the most widely held stocks in the market are down by 50% or more this year, especially those of fast-growing businesses.

Amid all the volatility, every investor has the same question: When will things start to get better?

While none of us have a crystal ball that can accurately predict the future, the answer to that question will be directly connected to the issues that have caused the market’s decline so far this year. Let’s lay those out, and consider the potential catalysts that could cause it to rebound — or move even lower — in the second half. 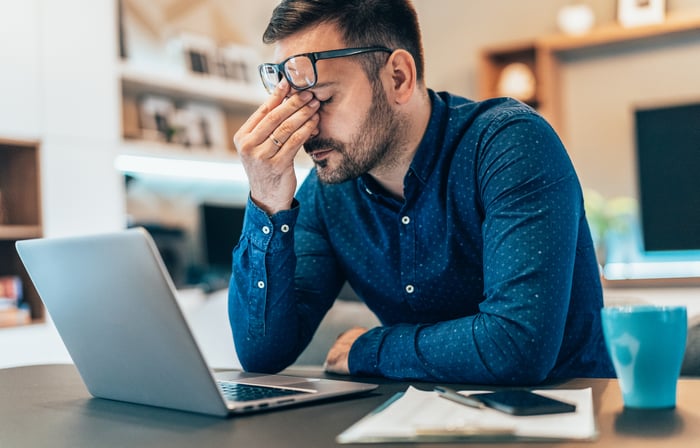 Why has the stock market fallen so steeply this year?

In a nutshell, we’ve had a perfect storm of negative catalysts. Let’s run through some of the biggest.

Inflation: After many central bankers and economists repeatedly assured us that any surges in inflation caused by the pandemic’s secondary effects would be “transitory,” we’ve all come to realize that’s not the case. US inflation is at its highest level since the early 1980s, and the Federal Reserve is aggressively trying to get it back under control. This has led to fears that its fiscal tightening will trigger a recession.

Rising interest rates: In its inflation-fighting efforts, the Fed has raised benchmark interest rates significantly from their pandemic lows of near zero, and this has driven consumer interest rates upward too. For example, the average rate for a new 30-year mortgage has increased from about 3% at the beginning of the year to just under 6% now. So, not only is inflation making things cost more, but borrowing has become far more expensive.

Declining consumer confidence: When consumers don’t feel confident about the economy, they spend less money. That’s bad for business. And according to the latest report from the Conference Board, consumer confidence is at its lowest level in almost 10 years.

War: Growth stocks had been under pressure since late 2021, but there’s a solid case to be made that the event that triggered the broad market decline was when Russia invaded Ukraine. The short explanation is that markets hate uncertainty, and wars in economically vital regions bring a lot of uncertainty to the table.

There are other factors in play as well, such as ongoing supply chain disruptions, labor shortages, and wage pressures on businesses, just to name a few.

Catalysts that could move the market in the second half

It’s important to realize the stock market is largely a forward looking indicator. In other words, the price of stocks doesn’t necessarily reflect the current state of things, but what the market expects the state of things will be. And this is true for individual stocks as well.

Right now, investors expect inflation to run hot for the foreseeable future. The market expects that the Fed will raise the federal funds rate by another 175 basis points or more by the end of this year alone. There’s no end in sight for the war in Ukraine. The market expects consumer spending to decline. And the market is starting to expect a recession to begin in the near future.

So if any of these things turn out better than the market expects, it could lead to a rebound in the second half of 2022. For example, if the data clearly starts to show inflation has peaked and is beginning to decline, it could trigger a market rally. If the Ukraine conflict gets resolved, investors could breathe a sigh of relief. You get the idea.

It’s important to recognize that the opposite is true as well. For example, if US inflation — currently in the 8% to 9% range year over year — spikes into the double-digit percentages, it could result in another downward move for the broad market.

Keep your eye on the long term

The bottom line is that while we know what catalysts would be generally positive or negative for the stock market, we have no idea if and when they will actually happen. So there’s simply no way to predict with any degree of accuracy what the stock market will do for the rest of the year.

This is why we are so steadfast in our advice that long-term investing is the smart way to go. The stock market is down 21% so far this year and it could certainly fall even further if things don’t go well in the near term. But historically speaking, investing during the periods that follow market drops of 20% or more has worked out very well from a long-term perspective. I have absolutely no idea what the stock market will do over the next six months. But I have every confidence that in 20 years, it will be much higher than it is today.